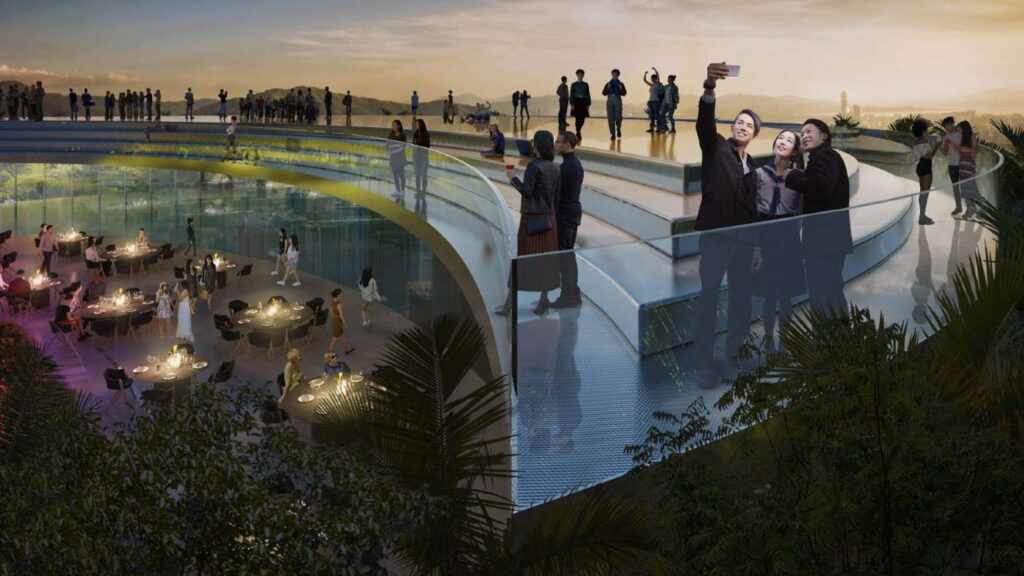 An Italian architect combines a vertical farm and office space into a single 51-story concept from Chinese mythology and completes the Shenzhen skyline with a breathtaking farm scraper.

With a facade that has a vertical hydroponics farm running the full height of the building, the Jian Mu Tower was designed for a leading Chinese supermarket to be a place where tenants grow products in the same place they work , sell, buy or consume.

Carlo Ratti Associati, based in the southern Chinese city of Shenzhen and headquartered in Turin, has unveiled plans to build a 218-meter-tall tower that will use 10,000 square feet of the glass facade to produce food – 590,000 pounds of it per year, which is also around a million Square feet for office space, a grocery store, gardens, and a food court.

Hydroponic gardening involves the use of nutrient-rich water vapor instead of soil and allows plants to be grown in tubes that are stacked vertically.

In collaboration with ZERO, an Italy-based company that specializes in innovative approaches to agriculture, Jian Mu’s farm is optimized to produce everything from lettuce greens to fruits to aromatic herbs while remaining efficient and sustainable .

TIED TOGETHER: The “longest” 3D-printed concrete bridge in the world erected in the Netherlands

An AI agronomist would oversee most hydroponic systems, regulate water and nutrients, plan planting and harvest cycles, and other matters.

The building, conceived as the new headquarters of the supermarket chain Wumart, in which the entire production chain can be presented in a “clean and technologically exciting way”, was named and designed after a mythical tree that separated heaven from earth in Chinese folklore.

According to traditional belief, the project website explains, the sky is round while the earth is square. The skyscraper reflects this principle with its rectangular base, which gradually transforms into a tubular shape as it ascends. 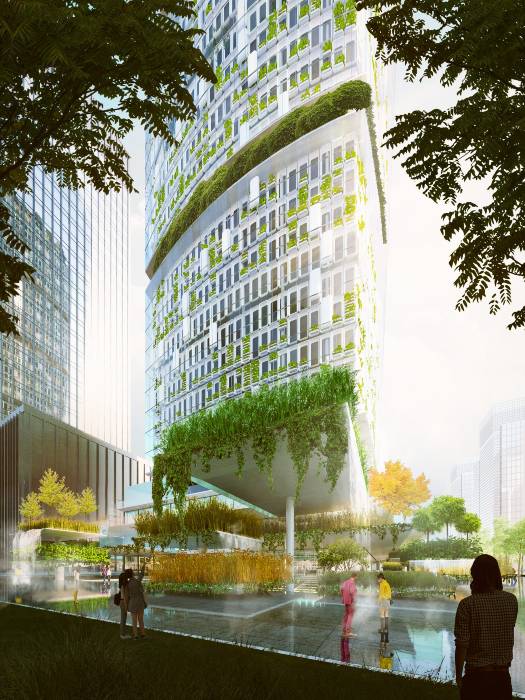 “The vertical hydroponic farm encompasses the concept of Zero Food Miles in the broadest sense,” Carlo Ratti told Dezeen. “The plants grown in the tower are sold and even eaten in the same place, which helps us save a lot of energy when distributing food.”

The sun helps the plants grow, which in turn protects the indoor spaces from the sun and reduces air conditioning loads, while the humid subtropical air of China helps keep the plants hydrated.

MORE: A floating flower garden in Tokyo immerses visitors with orchids that move as you approach (WATCH)

“Small-scale urban farming takes place in cities all over the world – from Paris to New York to Singapore. However, the Jian Mu Tower takes it to the next level, ”writes Ratti, who is also a professor at MIT. 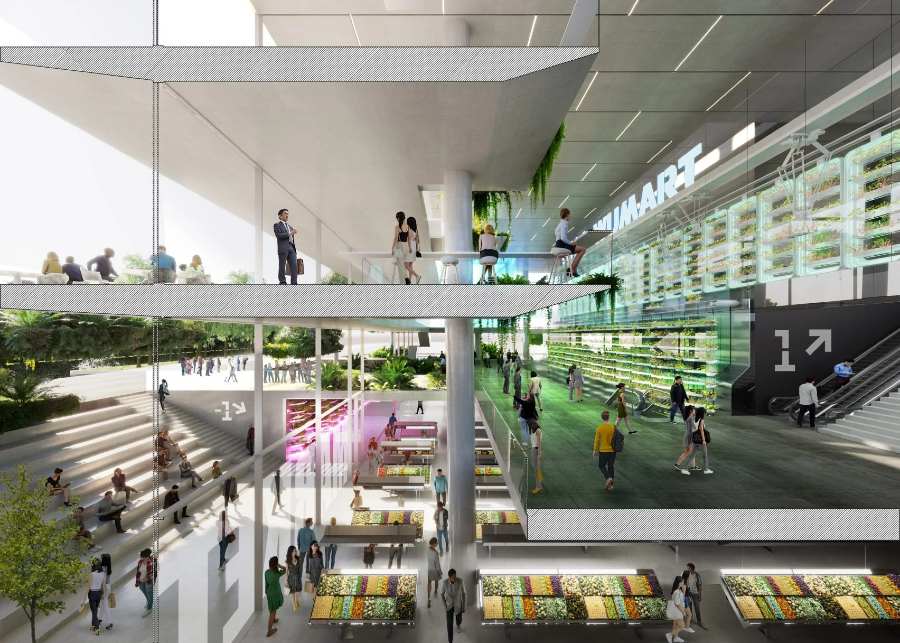 “Such an approach has the potential to play an important role in the design of future cities as it addresses one of the most pressing architectural challenges of today: integrating nature into building design.”

The concept reveal video below is nothing short of utopian science fiction that deserves to be watched.

“Increase quality with less, AgTech in Hydroponics is part of the solution”

This farmer uses hydroponics to grow forage in just seven days, but it’s…