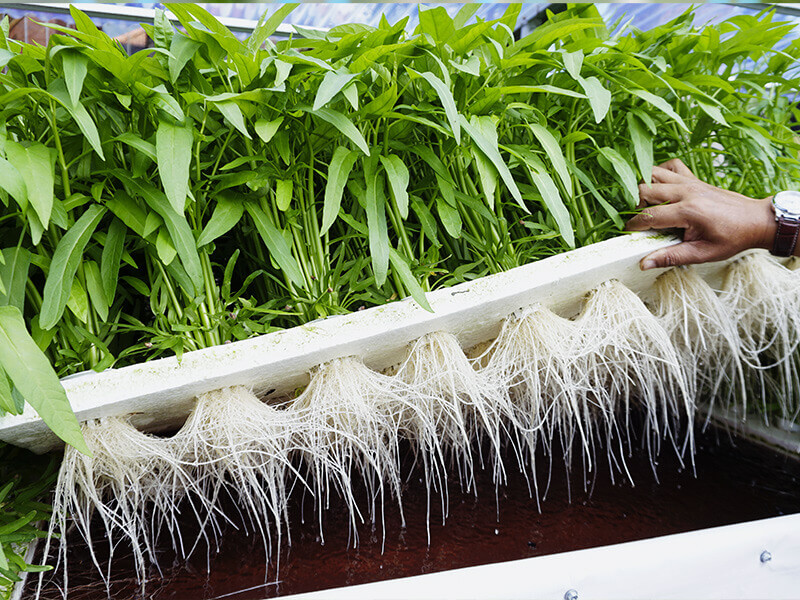 ÖOrganic food manufacturers who avoid synthetic pesticides by “natural” ones regularly market their products as more sustainable than conventional offerings, but they are not.

An analysis of 71 studies by researchers at Oxford University found that organic milk, grains and pork had higher greenhouse gas emissions per product. A more devastating 2018 study found that organic peas grown in Sweden had a 50% greater impact on climate change than conventional peas. Organically grown winter wheat is even worse – it’s almost 70% more intense. The reason for these differences is the fact that organic farming produces lower yields for almost all plant species. For the foods that provide the majority of human calories – corn, wheat and most vegetables – conventional farming yields are more than 25% higher. Put simply, there is currently not enough arable land to feed the world with organic food. Either millions – or even billions – would starve to death or more rainforest would have to be cut down to clear land for agriculture. Neither option sounds very sustainable.

These blatant numbers show that organic farming is not about sustainability, but about ideology and branding. Organic food producers, especially the large corporations, only sell the misleading notion of “naturalness” and demand more for it.

A recent agricultural development that further underscores this point is hydroponics. In hydroponic farming, food is grown in nutrient-supplemented water, not in soil. This is almost always done indoors in an air-conditioned environment with LED grow lights, which means pesticides are generally not required. Recent data suggests that hydroponic systems require less than 10% of the water and only 1% of the land to produce similar yields as soil-based agriculture. The only downside is that the energy consumption is between 10 and 11 times higher, but when that electricity comes from wind or sun, this inequality seems a lot less daunting. Hydroponic farming can take place anywhere, all year round. Imagine its usefulness in desert megacities like Doha or Dubai, where there is little farmland, little water, but lots of sunshine nearby.

With all of the blatant benefits of hydroponic farming, you’d think the bio-industry would be keen to adopt them, but that’s not the case. Despite the fact that hydroponically grown foods can meet the requirements for the USDA’s organic label, the anti-genetic engineering advocacy group Center for Food Safety along with more than a dozen organic organizations petition the USDA, hydroponic farming has always been to prohibit is considered organic. Why? Simply because it doesn’t use soil.

“They argue that this is because organic farming is about taking care of the soil, and how can you do organic farming without soil,” wrote Dr. Steven Novella, President of the New England Skeptical Society, in a recent blog post.

This is of course nonsense. If organic farming was really about the preservation of the soil, one would think that agriculture without land use would be very desirable. Apparently not …

What the bio-industry opposition to hydroponics really shows is that it is more committed to ideology than environmental stewardship.

As Novella wrote: “We no longer have the luxury of an agricultural philosophy – we need science-based agriculture that is optimized for efficiency and reduced environmental impact.”

Steven “Ross” Pomeroy is the Editor-in-Chief of RealClearScience. A trained zoologist and conservation biologist, Ross has nurtured his passion for journalism and writing all his life. Ross combines his insatiable curiosity and passion for science in regular posts and articles on RealClearScience’s Newton Blog. His work has also appeared in Science Now and Scientific American. Follow him on Twitter @SteRoPo

This farmer uses hydroponics to grow forage in just seven days, but it’s…